See Rule #95: Never Lift Your Bike Over Your Head 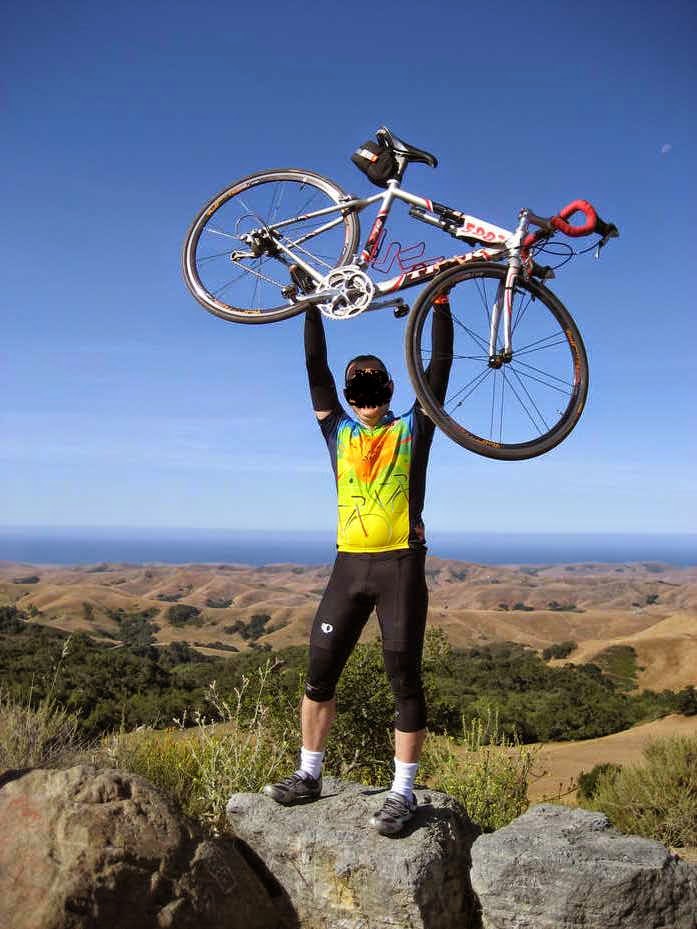 My reference today is to the fantastic site Velominati - Keepers of the Cog. This site, among other things, has a set of "rules" that each cyclist must follow.

In a recent recertification for Massachusetts soccer referees, I made the analogy between this rule for cyclists and for referees.

In my analogy referees should never "lift their bike over their head" as a form of public celebration ... the results can be disastrous.

It is my opinion referees should not openly celebrate their decisions as (a) it is a form of hubris no one wants to see as fans are there for the players, not the referee, and (b) these celebrations can be misinterpreted, badly.

Right on cue we have an incident last Sunday between the Bills and Broncos, where line judge John Hussey and umpire Carl Paganelli "fist bumped" each other after a Denver touchdown (video here).

Well as you can imagine this came closer to breaking the internet than other recent events as fans went wild with conspiracy theories about how the officials were openly celebrating the Denver score. (My personal favorite comment was "ILLUMINATI CONFIRMED")

Mike Pereira has a good analysis explaining what had happened.

Even the NFL’s vice president of communications, Michael Signora, had to make a statement telling the Associated Press that the fist bump was “an acknowledgment of good mechanics between the two officials involved in making the call.”

So where does this leave us?

If you make a good decision, don't do a happy dance right there. After the match celebrate with your other referees and family taking pride that you made a good, tough call. To do otherwise invites speculation that no one needs. Some Sanity from IFAB

IFAB puts video challenges on hold, but rolls on with subs changes


November 27 - FIFA president Sepp Blatter's idea of bringing in video replays and permitting coaches to be allowed tennis-style challenges against refereeing decisions appears unlikely to be implemented in the near future.

Blatter first made the suggestion during FIFA's annual congress in Sao Paulo in June, raising eyebrows among delegates since he had hitherto been opposed to any video aids other than goal-line technology. The idea was discussed earlier this week at the annual business meeting of the International FA Board, which consists of FIFA and the four British associations and which was aided, for the first time, by two newly established advisory panels of experts given a platform to directly voice their views on the laws of the game. ...

See the whole article here from Inside World Football.

Kicking Back Comments: I am happy for this moment of sanity as I personally think challenges as Sepp envisions them will be disastrous to football. I can almost see a coach throwing a "red flag" or similar silly signal into the field to stop the match.

Recall the disaster that is challenges in MLB? Even the NFL is changing the way they are used. Somehow this is a good idea for one of the most fluid games on the planet?

If they MUST meddle, please for the love of Bobby Orr, look sat the NHL. It may be one of the best implementations of the use to modern sports.

At least they are not the Celtics ...

Revolution Returns to MLS Cup in a New Era of U.S. Soccer Fandom

The New England Revolution is still a clear No. 5 on the popularity power ranking of the region’s pro sports teams.

But the Revs will also become the only local pro team to play in a league championship game in 2014 (has it really been that long already, since Koji struck out Matt Carpenter?), when they take on U.S. soccer icon Landon Donovan and the Los Angeles Galaxy in the MLS Cup final on Sunday at 3 p.m.

You know what that means: get the bandwagon ready. ...

Kicking Back Comments: Bandwagons indeed. It's too bad too as the boys have played well this year, especially Nguyen and deserve more than a casual glance. It will be my prediction that this match will be on screens across New England this Sunday and not the Celtics.

US Soccer Grades and Path Forward


Kicking Back Comments:
With some of the recent changes to grades, this is a nice video that details both grades and advancement paths from US Soccer.
Posted by Unknown at 12/03/2014 07:30:00 AM No comments:

For any who know Japanese, the translation for the title is "Sayōnara", or as an English translation, "goodbye."

This is exactly what Sony said to FIFA recently as the Japanese electronics company is dropping its $280M contract with FIFA it has had over the last 8 years. (source)

Let's face it, FIFA would not even need Sony given its reserve funds of ~$1.5B (source) and willingness of other companies to take their place.

I will say though that the optics look lousy. Of the (6) "Partners" FIFA has, as listed here, 33% of them want nothing to do with FIFA due to their corruption.

To make matters worse, Coca-Cola may be next recently lashing out at FIFA. Yet in the face of all of these issues, Adidas has extended their sponsorship until 2030.

I have to believe they got  a good deal on this as at the rate they are going, they may be the only one left for a time.

Don't get me wrong, these guys likely get their money's worth and then some with this sponsorship. They wouldn't do it otherwise. All you have to do is check out FIFA's marketing organization to get a flavor of just how good they are.

The calculus that these companies are likely doing now is, can our brand take a loyalty hit due to FIFA's corruption.

Geiger had a standout year, participating in the 2014 World Cup in Brazil in addition to his domestic duties. Geiger served as head referee in the Group C opener between Colombia and Greece, as well as a group-stage game featuring Spain and Chile. ...

Kicking Back Comments:
Based on the scoring alone in the article there was no doubt.

What was hilarious were some of the comments to the article. They ranged from speculation that the only reason Mark got it was due to his World Cup performance, to it should have been given to the referee who was recently arrested for filing false claims, to openly wondering if is given in the most sarcastic manner.

Funny stuff and continues to give me hope that the vast majority of fans out there are exactly that, fanatics.