Do you play it safe?

So I was doing some research for SuperBowl commercials and came across this one from Nike ... the whole series is frankly hilarious. My personal favorite is here. This one is pretty good too.

While the focus was obviously about playing, it did lead me intellectually down the path of referees, and who would be more successful ... a perfect, by the book referee, or one who is willing to "flex" the Laws, have some fun, and take some risks.

If the former, how do you manage the very difficult situation?

If the latter, how far do you let things go, and what if you can't get it back?

A more perplexing question is how do we teach our younger referees in this regard? Punish the creative for not always being correct, or praise the consistent and see if they can adapt.

No Hope for FIFA? 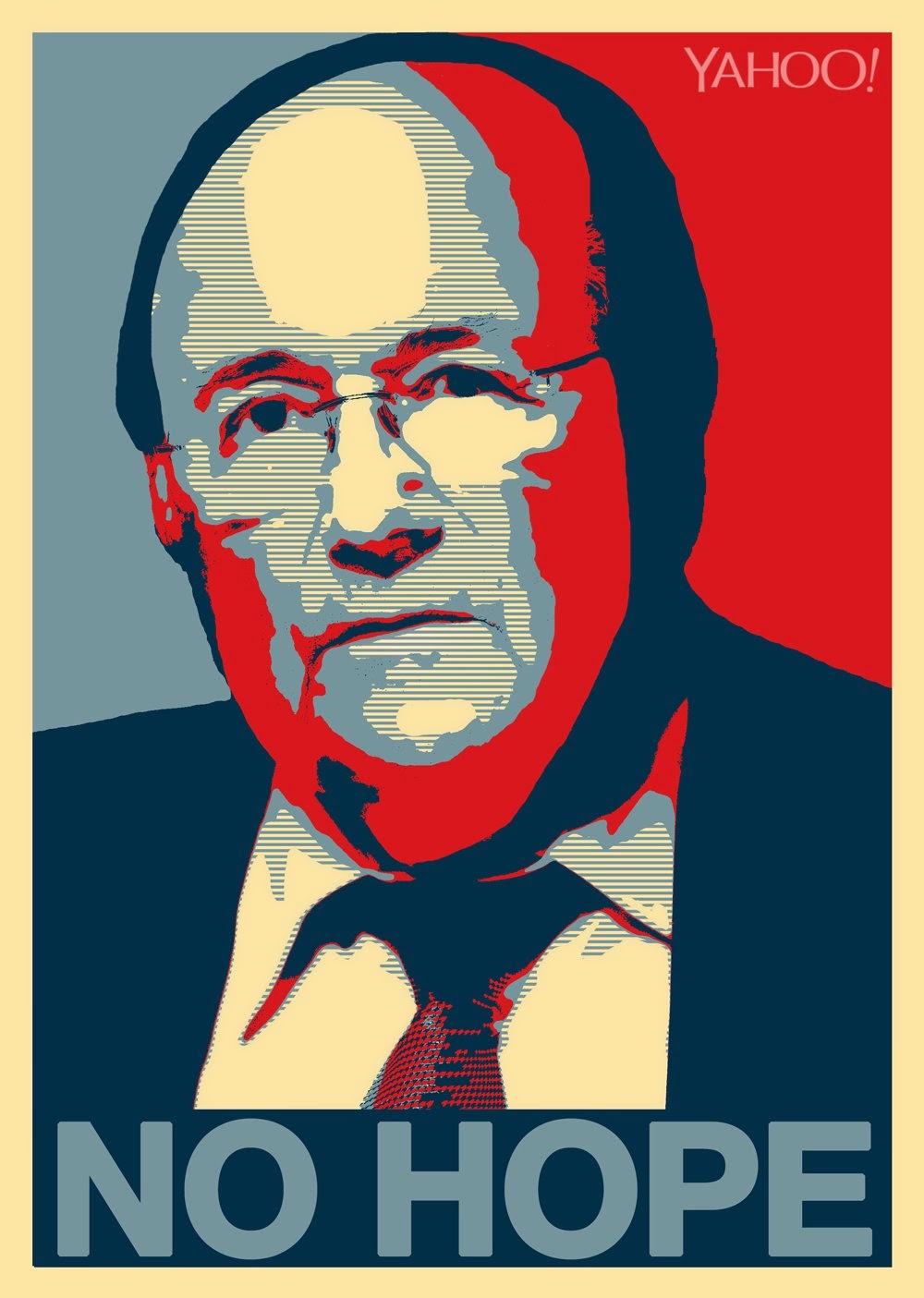 There's an election coming up. Well, to call the process of anointing (or re-anointing) a FIFA president an election would be to legitimize the sort of electoral shenanigans that go on in North Korea, Syria, Zimbabwe and Cuba. It isn't really an election.

In May, Sepp Blatter will stand for a fifth term as the grand poobah of FIFA, world soccer's Perpetual Crisis Machine which mass-produces controversy. Blatter, who joined FIFA in 1975 and rose to president in 1998, has been the engine of those crises and controversies. The pint-sized president has ruled with an iron (albeit tiny) fist. Any man to cross him soon feels the wrath of his immense, crooked power, but so long as you play ball with him, anything goes. Under Blatter's unwatchful eye, there have been endless scandals of corruption and graft during decades of hijinks and tomfoolery, culminating in the naked selling of the 2018 and 2022 World Cups to Russia and Qatar, respectively. ...

Kicking Back Comments: This is a great article and really lays out what has gone on for terms past and takes an excellent stab at what may happen in the next election.

One fact that did bother me was the US actively voted for this guy. I would have hoped they would have at least not voted at all. In a case like this when there is only one candidate, and lets face it the US really does not have anything to gain, why support this lunacy.
Posted by Unknown at 1/29/2015 07:30:00 AM No comments: 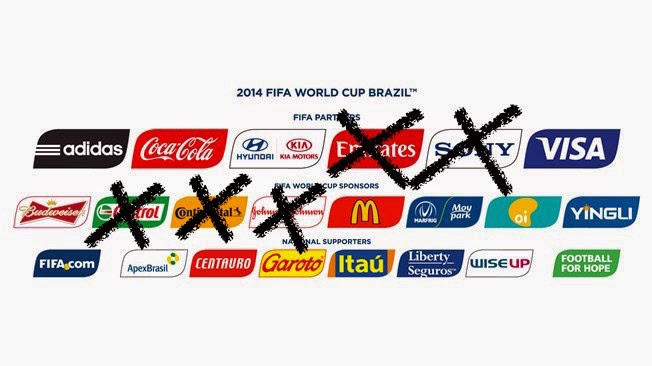 FIFA sheds sponsors as it heads into a dangerous decade

The news that three major sponsors have ceased their partnership with FIFA could potentially damage its reputation, and more importantly, its finances. Reports on Friday revealed that Castrol, Continental and Johnson & Johnson were no longer corporate sponsors of football’s international governing body. All three failed to renew their sponsorship contracts when they expired last year. This followed a similar situation with Sony and Emirates last year. ...

Kicking Back Comments: While I have no hope for Adidas to sever their relationship, and Visa essentially sold their corporate soul to get this (I have a couple posts of the dishonesty they were called out on, along with FIFA in the dealings with Master Card), I would like to see Coke grow a set and drop them like a hot rock.

Maybe with the FBI hanging around Chuck's place there might be some material to ... persuade them?

The Comments Say It All

U.S. Soccer president Sunil Gulati said on Monday it's possible that goalkeeper Hope Solo will not be on the team for this summer's 2015 Women's World Cup.

Last week, the 33-year-old keeper was suspended by U.S. Soccer for 30 days after her husband, Jerramy Stevens, was pulled over for DUI while driving the team van. Solo was a passenger in the vehicle.

The incident came just one week after a Seattle judge dismissed domestic violence charges against Solo. ...

Kicking Back Comments:
This is a good article and comments from Julie Foudy. While the other day I was critical of Fagan for her "complex" comments regarding Solo, this article had no such bias.

I support the tack that US Soccer is taking, Solo has certainly earned the "right of redemption" given her service. I do hope however, this is it, no more nonsense from Solo or our she goes.

In reading the comments from the article, I am clearly not alone in my thinking that she should not be representing US Soccer if she can't act the part off the field.

Just as a brief comparison, Jose Carlos Rivero was the MLS referee arrested on multiple felony counts of fraud. He continued to referee matches until PRO found out about it, at which time he was suspended immediately. I was then, and remain still, of the opinion he should lose his refereeing job forever when discussing the matter earlier. Lets face it though, MLS referees are far more fungible than WNT goalkeepers ... and don't make US Soccer any money. That said, the punishment for bringing the game into disrepute should be exactly the same no matter what your role is in The Game.
Posted by Unknown at 1/27/2015 07:30:00 AM No comments:

My obvious play on words relates to the 30 day suspension of US WNT Keeper Hope Solo. I do however personally believe that short of an epic meltdown by Solo during this period, she will be reinstated by Jill Ellis (with Sunil Gulati's influence) to the WNT just in time for the World Cup.

... it was Solo's husband, who was reported to be drunk, and driving a US Soccer vehicle with a reported hammered and belligerent Hope Solo in the passenger seat, that finally gave US Soccer pause.

I am surprised it took the DUI for Solo's husband to suspend her given the sensitivity surrounding domestic violence with the Ray Rice, Adrian Peterson and Kurt Busch incidents. This is particularly true given the attorney in Solo's recent case that should be thanking his lucky stars no one testified (weird huh), instead of doing a victory lap and making comments that case should never have been brought.

That did not stop US Soccer from playing her however, despite the position of other leagues and a congressional inquiry for NASCAR on the same topic.

Let's face it, there is something amiss here and US Soccer is tinkering with a fragile image. Not sure what is more important to them, a possible 2015 World Cup victory, or a good wholesome image for US Women's soccer. With Solo on the team, I'm not sure the Federation can have both. Just look at the image during her arrest ... is that the one US Soccer wants 10 - 18 year old players to admire ... come on.

And please ... please ... don't make this about gender as Kate Fagan did in her recent article in ESPNW, describing Solo's behavior as "complex." Her behavior is boorish at best and criminal at worst. In either case, not worthy of representing the US in any way.

I hope US Soccer takes the long view on this one and dismisses Solo for the 2015 WC. If she can get her act together after that, and I genuinely hope she does, I would love to see her play again given her skill at the position.

On a lighter note before anyone accuses me of just letting off some pressure because of "deflate-gate", you are sadly wrong as I believe in a day or two we are going to hear that this was really all the fault of the NFL refereeing crew at that game and no fault of the Patriots at all.