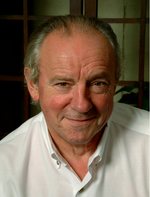 While there have been a number of touching tributes for the man who has contributed so much for so many, there are two in particular that bear special attention.

Please read, Bob Evans, Former FIFA Referee, Passes Away from the California North Refereeing Association and also a beautiful biography about the man, courtesy of NISOA.

I would also personally have a look at the archive of his blog at For the Integrity of Soccer, which provides many wonderful insights from Bob, Ed Bellion, and a few others who are highly influential in their thoughts about The Game. May he rest in peace.
Posted by Unknown at 3/31/2016 07:30:00 AM No comments:

The U.S. Men's National Team routed Guatemala 4-0 on Tuesday in World Cup qualifying play, playing with urgency and pace in a much-needed win to keep its tournament hopes alive.

Brad Guzan earned the clean sheet for USA before 20,624 fans at MAPFRE Stadium in Columbus, Ohio.

Embattled US coach Jurgen Klinsmann couldn't have scripted a better start and finish, especially after Guatemala defeated the U.S. 2-0 in Guatemala last Friday. ...

There is going to come a time when the U.S. men’s national soccer team gets bounced unceremoniously from a qualifying tournament for the World Cup.

Even great soccer nations experience these calamities. England wasn’t part of the 1994 World Cup or the 2008 European Championship. The Netherlands, which came within a penalty shootout of a second consecutive World Cup final in 2014, failed to qualify for this summer’s Euro. With the flick of a switch, total football went into a total funk.

It will happen to the U.S. men some time, too. It just wasn’t supposed to happen now. ...

See the whole story here, from the WSJ.

Kicking Back Comments: Gone are the days that only people with "funny accents" know football.

BTW, best comment from a fan below with regard to this article. Fabulous idea.

A suicide bomber blew himself up in a soccer stadium south of the Iraqi capital on Friday, killing 29 people and wounding 60, security officials said, as the military announced new gains on the ground against ISIS.

The bombing took place during a match in the small stadium in the city of Iskanderiyah, 50 kilometres from Baghdad, the officials said. Medical officials confirmed the death toll. The officials spoke on condition of anonymity because they were not authorized to talk to the press.

ISIS, militants fighting to establish an Islamist state in Iraq and Syria, claimed responsibility for the attack via a statement posted online, SITE intelligence group, a monitoring organization, reported.

ISIS has been waging a campaign of suicide bombings in and around the capital as Iraqi forces and their allies battle the militants in the north and west of the country. ...

Kicking Back Comments: Some outlets are reporting as many as 41 dead and 70+ injured (source). A sad day indeed for The Game. This is not a new tactic for terrorists as we recall a terrorist being stopped at the game of the France v. Germany friendly last November while other explosives were going off in the city.

Like I talked about back in November, things can go sideways in a hurry. I personally just witnessed this on Saturday at a Regional Cup match. Have a plan, be ready, and hope you never need it.
Posted by Unknown at 3/28/2016 07:30:00 AM No comments:

I am talking about MLS "Instant Replay" which can be found here, courtesy of MLS.

This show continues to highlight excellent clips that all referees should view. Fortunatly in 2016 we now have Brian Dunseth providing sanity over these clips and not Simon Borg.

Give me Brian Dunseth all day and Twice on Sunday Instead of Borg.

Take a look here from Week 3 with Brian v. MLS Cup 2015 here from Simon and you be the judge.
Volume aside, Brian is just way more knowledgable about the game than Borg ever will be IMO.

FIFA seems to be looking for feedback on the concept of the Video Assistant Referee (VAR).

Interesting - But Not Suprising

Major League Soccer has once again clocked in as the most diverse major North American sports league.

MLS announced on Tuesday that it has the most diverse group of players among the top five major sports leagues in the US and Canada as determined by birthplace. As of last Friday, a total of 59 countries were represented by the league’s pool of 536 players, with 246 players born outside of the US and Canada.

Kicking Back Comments: While this diversity should be celebrated as it is very positive in the MLS having an attractive product for foreign players to come to there are a couple of lessons in here.

1. If you want to be a professional referee, you better start being "culturally aware." This is not a euphemism of any type, but rather a need for any high level referee. If you want to get a head start, learn a language and be conversational.

2. Way back in soccer history, the old NASL was essentially raided by foreign players who would summer here in the US and fill their vacation funds. While MLS has some safeguards in place to make sure that happens less ... or only when they know about it ... I am a fan of domestic players playing in MLS. It's not a nationalistic thing, just recognition we need to develop our players.

Friends of Kicking Back, it has been a while since I have written here.

I could cite lots of excuses. Time at work, time for family, time for cleaning my room ... blah, blah, blah. I could even throw out my training for the 2016 B2VT, as painful as it has been so far.

Often times it takes a jarring event to bring one back from the funk they were in and just the other day at 5:15 AM, I was jarred back after being made aware Paul Levy had decided to stop writing at his blog Not Running A Hospital.

Ten years ago, nearly to the month Twitter was launched, Paul Levy began transforming an industry writing Not Running A Hospital (formally Running A Hospital) with his open and honest dialog about what it was like to be CEO of a 672 bed hospital, BIDMC. It was a staggering entry that was immediately met with open arms, and I am sure a few closed minds. Just take a look here at his first post and subsequent comments.

Now one of many things that was extraordinary to me in hindsight was Paul's role at BIDMC in the first place. That may sound strange for someone who is so established academically and a leader in industry, albeit not the medical one. Consider however that most hospitals retain CEO's that are or were active MD's at a point in time and this move to some I'm sure was a bit "odd."

Good leadership knows no bounds however and BIDMC through Paul's leadership flourished through his transparency, passion, and culture of quality he created.

I could write for a very long time about some of his extraordinary corporate accomplishments he created with his leadership or quality lessons he brought to the health care arena. Even for an individual like myself who is not overly familiar with the medical field, the issues he took on and the results he gained were clear. This however is not the venue for such comments.

Notably here, a substantial part of his time is spent within the soccer community, notably as a coach and referee. His leadership, true leadership, inside and surrounding the soccer field I believe is worth significant note here on Kicking Back. For all who read linked articles here or went directly to NRAH, it was clear that some of the leadership lessons he took with him to the boardroom began on the soccer field.

I reflected on that thought for a while as for me personally, the lessons I have learned, and am currently learning with this common love for The Game we share is frankly staggering.

Paul was never most clear about this exchange of ideas from field to boardroom than in his closing blog entry, "30", where he credits "the hundreds of girls ... coached in youth soccer over the course of over two decades. They've taught ... immensely important leadership and teamwork lessons ... ."

Also, if you have read his book "Goal Play!" (and I recommend you do) you will see his passion for The Game and the essential point that lessons learned on the soccer field and the business world are not so distinct after all.

NRAH always had a regular story about the intersection of leadership and soccer from various points of view. Sometimes referee, coach, administrator, or even spectator. As one of many fantastic examples, take a look at "A lesson for a coach" as it is most instructive on perspective and humility.

Most inspiring about his blog is the fact that he has the highest respect for the people who make organizations go. I recall reading recently about when tough times fell on BIDMC (as well as everyone else) and not to be deterred he got everyone together as asked how to protect some of the employees they were a bit more vulnerable to the financial stress the hospital was being put under. Reports of the story continue with a wave of applause and a plethora of potential solutions even knowing it would "pinch" others.

While I have deeply personal memories of Paul and am immensely thankful for the times we have interacted, I will miss the regular perspective from NRAH on both business and even more on all perspectives soccer.

Fortunately he has decided to keep the blog up for the time being, and I would strongly recommend a look as it is a tremendous repository of transparent, straight shooting, and compassionate leadership lessons that should be required reading for any leader.

Thank you Paul for your 10 years of great lessons and thank you also for your service to The Game.
I look forward to the next time we see each other.
Posted by Unknown at 3/22/2016 07:30:00 AM No comments: