I wonder if he does birthday parties too 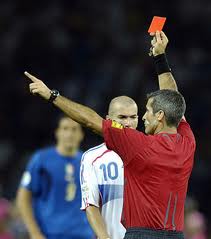 From World Football Insider, I caught a good article which included the following:
"Zidane: Bid Backing About Football Growth

Zinedine Zidane says his support of Qatar 2022 wasn’t about the money.

Instead, the French football legend told L’Equipe on Wednesday, he backed the bid because of a desire to spread football throughout the Middle East.

The 38-year-old, who also holds Algerian citizenship, is the greatest footballer of Arab-extraction of all time and was unveiled in September as a surprise ambassador of the oil-rich nation's bid.

Zidane admitted Wednesday he was paid millions of dollars by the bid committee, but nowhere near the $13 to $17 million floated by various media since Qatar’s Dec. 2 triumph."

The full article is here from World Football Insider
Kicking Back Comments: Are you kidding me? This smacks of FIFA's absurd tagline, "For the good of the game." Who's good are we talking about here? I would opine Z's only.
I mean, millions of dollars ... really?
An amazing player in his day to be sure, but please don't insult our collective intelligence by saying that it was not about the money, and take millions. Unless of course, I missed the follow up story that he donated his earnings to a worthy charity. It must be around here somewhere. Hang on ...
It is tough to come off as altruistic when you are stuffing your pockets full of money. Please leave the altruism title for those who truly selflessly dedicate themselves to THE game, not a hired gun to make a country millions.
Posted by Unknown at 2/11/2011 07:30:00 AM